The State Of The Art (Culture series Book 4)


The Culture doesn't have a single home planet.

The State of the Art (Culture, book 4) by Iain M Banks

It was originally comprised of several dozens worlds that formed a loose, then close alliance. We learn the name of at least one of these worlds in Excession.

The State of the Art

For what it was worth after so much time, a drone team had visited the preserved battle site itself and conducted their own deep-scan of the ground. The fact that Xlephier Prime was one of the twenty or so planets that could fairly claim to have been one of the home worlds of the Culture - not that it really admitted to having such things - made the task easier. In State of the Art , we learn that Earth exists in the Culture-verse, but wasn't contacted until the s. It left behind an octet of Main Observation Satellites - six of them in near-GS orbits - a scattering of drones and minor missiles, and a small plantation of young oaks on a bluff near Elk Creek, California.

The State of the Art

Dreve would be an ideal system to do this in; it had been a Culture system for four thousand years, comprising nine more or less wilderness worlds and three Orbitals - hoops, giant bracelets of living-space only a few thousand kilometres across but ten million kilometres in diameter.

And from The Hydrogen Sonata that it's existed as an entity for over ten thousand years. Nearly founders, though not quite, they had been influential in the setting up and design of the Culture almost ten thousand years earlier, when a disparate group of humanoid species at roughly the same stage of technological and societal development had been thinking about banding together.


By the spring of the year AD, the General Contact Unit Arbitrary had been stationed above the planet Earth for the best part of six months. The ship, of the Escarpment class, middle series, had arrived during the previous November after clipping the edge of the planet's expanding electro-magnetic emission shell while on what it claimed was a random search.

Consider Phlebas is chronologically the first Culture story, and it takes place in CE according to its appendix "A Short History of the Idiran War" page and the fact that the Idiran war is in its fifth year page So The Culture exists concurrently with human society on Earth. 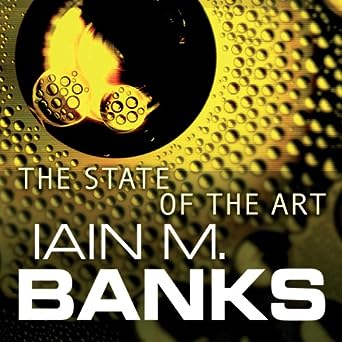 The Culture visits Earth covertly in the s The State of the Art and is assumed to formally make first contact with us around the s the aforementioned "A Short History of the Idiran War" formed part of an independent, non-commissioned but Contact-approved Earth Extro-Information Pack, as mentioned in said appendix. Iain M.

Banks also wrote A Few Notes on The Culture which explains some things about its nature, including the fact that it was founded about years before our present. From Wikipedia, the free encyclopedia. For other uses, see State of the art.

Few science-fictional settings are as intriguing as the one created across the nine novels and one novella that comprise Iain M. Any Banks book is a guaranteed good read, and the Culture books in particular are all excellent, some volumes are naturally stronger than others. After much deliberation on their relative merits—accessibility, inventiveness, characters, pacing—we now present our ranking of the Culture novels, from least best to best.

Add to Bag. Matter A lot of thought went into whether or not to put this one at the end of the list, but it is the only one this reader flung across the room in anger while reading it—no mean feat, as it is also the second-longest in the series, and said reader is not particularly physically gifted. There is intrigue, and mysterious ruins, and powerful beings with questionable motives, and some truly interesting worldbuilding—hints of a mysterious war that blew up half the shellworlds in the known universe.

But then the ending happens.